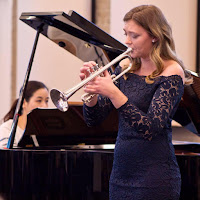 we are proud and excited to introduce the newest member of the District 99 music faculty, Ms. Robbi Hicks. In commemoration of this great news, you are all strongly encouraged and welcomed to attend our DGS Bands Meet and Greet hosted by Jerry Lowrey, Aaron Kennedy, and Robbi Hicks. The event takes place Wednesday, June 22nd from 5:30-6:30pm in the South High Band Room.

This invitation extends to all current band students from incoming freshmen to seniors, any students and families that are not currently enrolled that may consider returning, and any other student who may be interested in the South High Band program."

The time will be used to get a look at the newest iteration of the D99 instrumental music faculty and to provide a  glimpse into the future of our amazing music community.

Come out to meet faculty, share space with peers, and have any questions answered.

Thank you and see you all then! 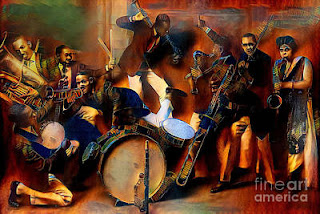 D99 JAZZ CAMP (7/18) REGISTRATION NOW OPEN!
Whether you are registered for Jazz as an elective next year, interested in learning more about the music, or want a unique and rewarding way to make music this summer, please follow this link to find information and the flyer detailing the first ever District 99 Jazz Camp!!  Registration is now open -  no experience is needed.   Students of all instruments (including vocalists) and ability levels are welcome to participate. Come learn about "America's Classical Music" with a roster of awesome jazz educators and amazing guests like the great Lenard Simpson!  See you then. 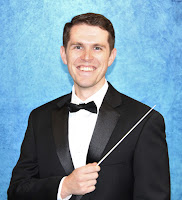 Students, Families, and Community Members, This is an important reminder! You are all strongly encouraged and welcomed to attend our DGS Bands Meet and Greet hosted by Jerry Lowrey and new South High Director, Aaron Kennedy! The event takes place tomorrow, Thursday May 26th at 6:00pm in the South High Band Room.  This invitation extends to all current band students from incoming freshmen to seniors, any students and families that are not currently enrolled that may consider returning, and any students on the fence for any reason.The time will be used to give you all a glimpse into the future of our amazing music community and the exciting things that are in store!Now is an exciting time for DGS Bands and we want everyone to experience the positive momentum and amazing opportunities on the horizon. Come out to meet faculty, share space with peers, and have any questions answered.Thank you and see you all then!

We are pleased to announce that the first ever District 99 Summer Jazz Camp will be held this summer on July 18-22 2022!!

Held in the South High School Music Suite, the District 99 Jazz Camp will be a comprehensive four-day experience that provides students of all levels a rewarding and rigorous study of all aspects of jazz music including listening, improvising, dancing, and performing.

The combination of workshops, personalized instruction, student performances, faculty clinics, jam sessions, and time spent with old and new friends will make for an inspiring and memorable week. The event will conclude with student performances at the Fischel Band Shell in Downtown Downers Grove on Friday, July 22nd at 7:00pm featuring world class saxophonist, Lenard Simpson!!

Enrollment is open to all incoming District 99 students from 9th-12th grades with any interest in Jazz music. Fees will include a camp T-shirt, lunch on the last day of camp, snacks and refreshments, sheet music, and teaching tools.

Those interested in registering must do so through District 99 by following this LINK. Registration is open from 5/18-6/23. If you have any questions contact me using the information below. Thank you and have an amazing evening! 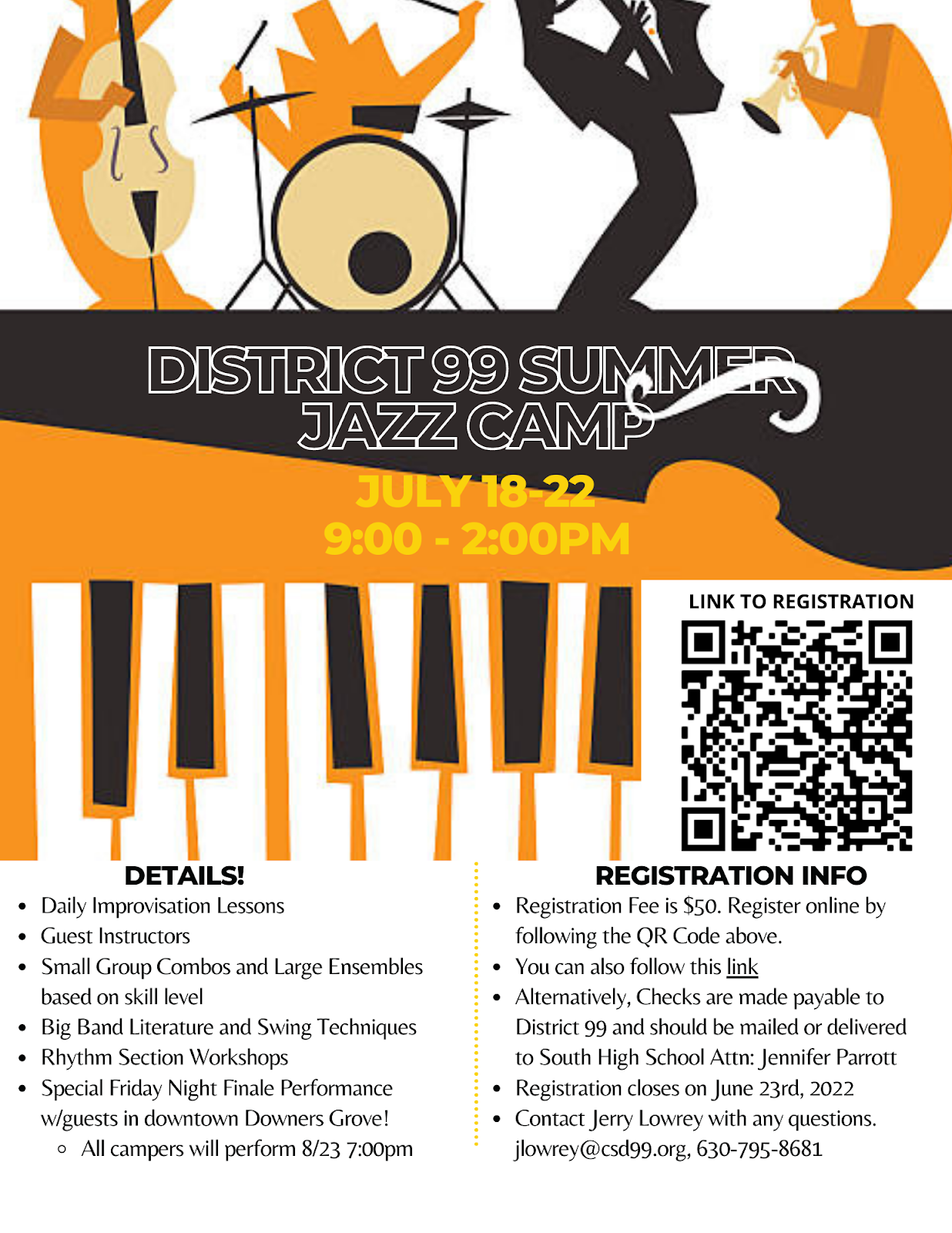 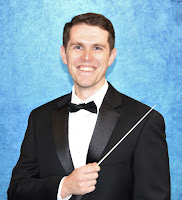 Mr. Kennedy is a graduate of University of Illinois at Urbana-Champaign. He was first hired as the Assistant Band Director in O’Fallon CCSD 90, where he taught with the nationally recognized Marching Panthers at O’Fallon Township High School. After great success there, he was awarded the position of Associate Director of Bands at Lockport Township High School.  At Lockport, he ran the award-winning concert bands, jazz bands, and prestigious marching band. During his time, his students experienced superb musical growth and were given amazing experiences including performances at the Illinois Music Educators Conference, University of Illinois SuperState, and the 75th Annual Midwest International Band and Orchestra Clinic.

Mr. Kennedy’s appointment is the culmination of a search that drew an applicant pool of over 120 highly qualified music educators. Finalists for the position were observed teaching District 99 music students and demonstrated personal musical aptitude through a performance on their major instrument. “Mr. Kennedy was a slam dunk. He showed excellence throughout every step of the process. Most importantly, he demonstrated a strong ability to motivate and to connect with our students while displaying excellent levels of musicianship,” said DGS Fine Arts Chairperson Jerry Lowrey. “We are all excited about the future of South High Bands under his leadership.”

When asked to give feedback after watching Mr. Kennedy during the search process, DGS Band member and current freshmen Gavin Schnall stated, “He was outgoing, and very nice and cool to the students. Additionally, his previous experience in other schools is also great, and could benefit ours.” Current junior Steven Krauter added, “He was very helpful, giving small tips on things we could improve on and do differently. He was also quick on feedback, getting straight to the point with focus.”

Brian Covey, Lockport HS Director of Bands and ILMEA Band Division President said, "Mr. Kennedy is one of the most approachable educators that I have ever had the pleasure to work with. He is always open to having students and parents visit, always working on ways to provide for the program. The Downers Grove community should be excited to have such a wonderful character in their midst. We will sorely miss him at Lockport but I am so happy for the opportunity that he has in front of him.'

“After briefly working with the students at Downers Grove South during the interview process, I saw the massive potential that lay in each musician.” remarked Mr. Kennedy. “I am very excited to help each student use that potential to make Downers Grove South an example for music education throughout the state of Illinois.” 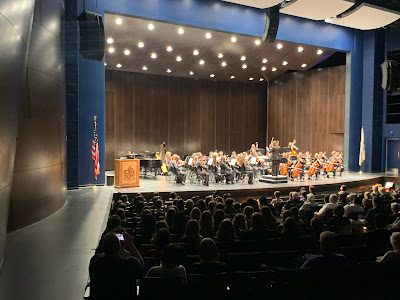 Congratulations to the members of the D99 Concert Orchestra, and D99 Symphonic Orchestra for a wonderful performance at the Spring Orchestra Concert, held on May 12, 2022 in the Performing Arts Center of South High.

A special commendation is extended to senior soloists Leka Davis (cello) and Philip Okunev (violin) for their outstanding concerto performances! 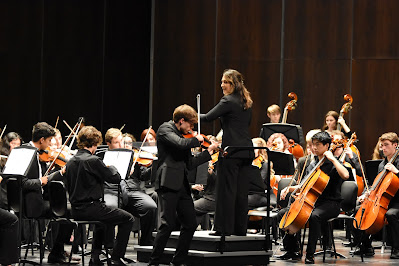 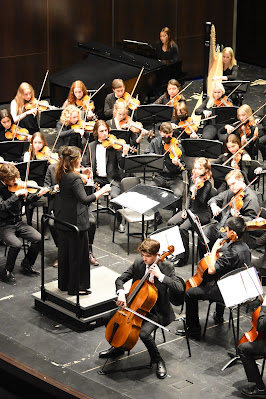 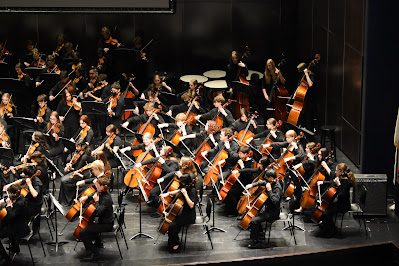 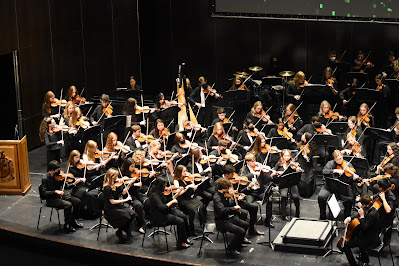 Out of the Blue - DGS Award Winning Yearbook! 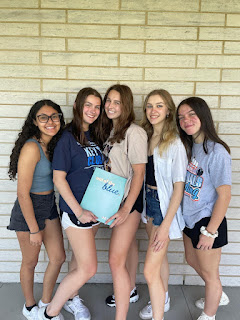 The 2020-2021 yearbook “Out of the Blue” celebrated many awards this spring. The Northern Illinois Scholastic Press Association held their annual yearbook contest again this year, and the 56th volume of the Caracole publication scored among the highest publications.

The DGS yearbook “Out of the Blue” won Blue Ribbon awards in the Theme, Coverage, and Design categories, as well as won an Honorable Mention in the categories of Writing and Photography. The 2020-2021 yearbook was also awarded a Gold Certificate and Golden Eagle trophy for placing in the top 3 of all yearbooks judged.

NISPA judges referred to the yearbook staff as “reporting stars” for their coverage as well as noted that “What the average person cannot see is how devoted your staff was to marking the history of this year.”

Members of the 2020-2021 yearbook staff, who are also current staff members for the 2021-2022 yearbook, are pictured below posing with the 2021 “Out of the Blue” yearbook. Pictured in order from left to right: Hailey Villafuerte, Anabella Chlada, Haley Fredricks, Johanna Rodeck, and Julia Frauendorff. The staff advisor is Katherine O’Truk, and the Editor in Chief of this book was Dianna Phifer, a DGS class of 2021 graduate. 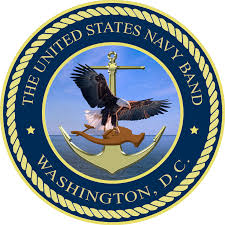 We are pleased to invite you to this exceptional opportunity to hear a world-class organization live and in person. The performance is free and open to the public. However, tickets are required in the likely scenario of audience interest exceeding seating capacity.

Your free tickets may be reserved at leydenband.org or via this link:
https://forms.gle/EJ8mPaG6KeuTeGJa7
Tickets will be available for on site pick up (entrances 1 & 12) beginning at 6:00 PM on Friday, April 22. The doors will open at 6:15 PM and the performance will begin at 7:00 PM.
West Leyden HS is conveniently accessible via major expressways, has adequate parking, and is handicapped accessible.

"Igniting a passion for the arts in every learner."

In partnership with our community, we will ignite a passion for lifelong participation in the arts in every learner. This is achieved by forging individual pathways to success for each learner within a caring, communicative and collaborative environment.